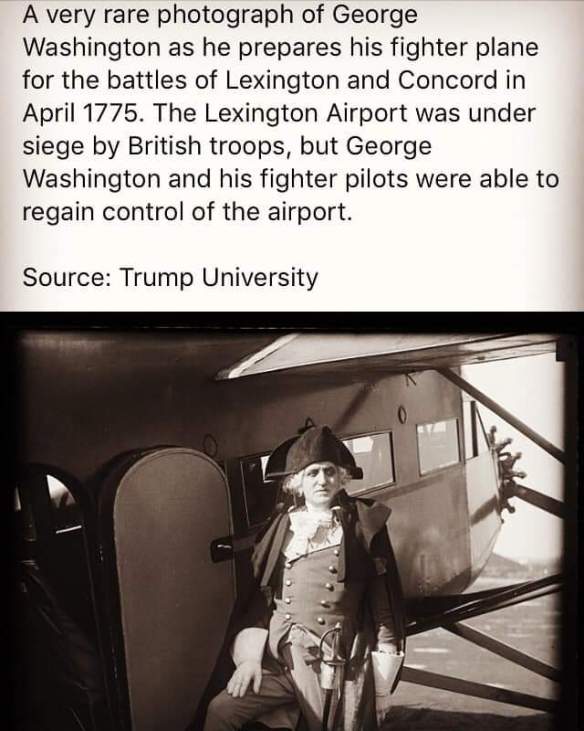 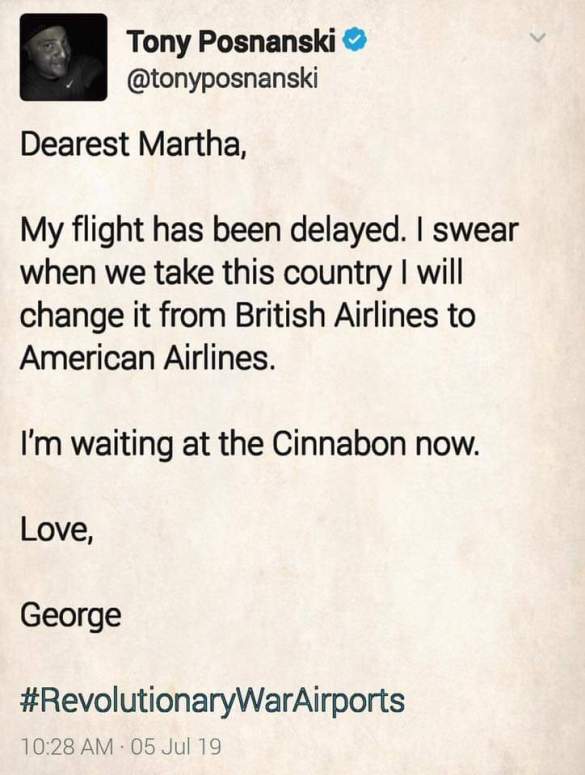 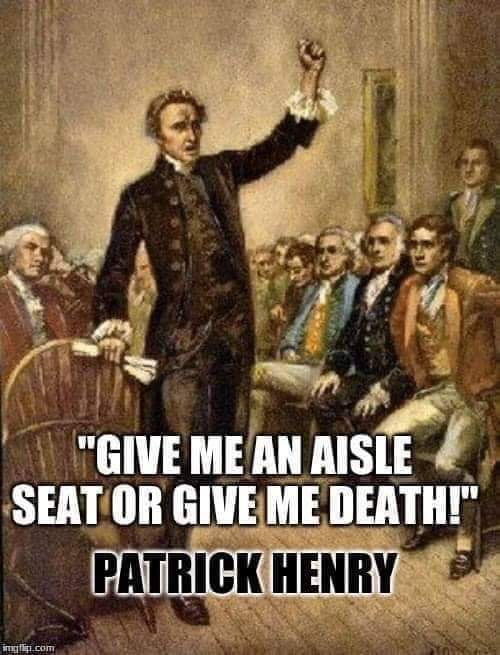 See you at the games!

Pretty much every line of this song is flagrantly sexist, but this verse from the dude from LMFAO is especially awful.

You are the reason we can’t have nice things, Eminem.

Naw, it’s not weird at allllllll, Jason. [eyes dart nervously around the room]

…even if Kanye did his best to top it on the remix.

This is kinda like when Steve Carell says that breasts feel like a “bag of sand” in The 40 Year Old Virgin.

Did you really think there would only be one Derulo song here?

Or you could just keep this sort of thing to yourself, Pitbull.

We all need goals.

And she didn’t take him back!

If you ever have to fight 50 Cent, make sure you’ve got some rats handy.

Pretty much every line of this song makes you realize this girl’s dad was totally right to forbid their engagement, even if he’s just as guilty of treating her like nothing more than property.

This is probably the most accurate review of the Awards aka a hot mess and yet another reason to drink….

Wait, what? Is this a thing? Why are we here? What is going on? First things first: American Country Countdown is a radio show currently hosted by Kix Brooks, of Brooks & Dunn. It has been on since 1973, and was co-created by Casey Kasem (who is still not buried). It is “The longest-running radio countdown show,” according to the opening credits. But this is the very first American Country Countdown Awards. Why? Because it is a re-branding of the American Country Awards, which has a rich history going all the way back to 2010 when it was invented by the Fox Network. This awards show is younger than Icon in the Gulch. It is younger than Glee. It is younger than British moppets Sophia Grace and Rosie, who stole America’s heart with their cover of Nicki Minaj’s “Super Bass.” It is also hosted by Florida-Georgia Line.

So, with all that in mind, tonight’s recap is brought to you by Beer, the official alcoholic beverage of my fridge. Beer: Drink It™. (Please drink beer responsibly.)

We kick it off with Carrie Underwood, a country music person I enjoy. She performs a medley of hits, because they make no bones about how she is here to promote a greatest hits album. I like “Before He Cheats,” one of the only contemporary country songs I know. It is about committing what likely amounts to a Class D Felony, a crime which, in the state of Tennessee, has a potential sentence of 2 to 12 years in prison and $5,000 in fines.

Brian Kelley and Tyler Hubbard are the hosts. They are Florida Georgia Line, which is the musical equivalent of a herpes drip falling directly into your ear. They walk to the stage looking relatively nice in suits, but no, these are tear-away stripper suits, and the poor female attendees have been instructed to rip their clothes away as they ascend up the aisle. It is exactly as classy as it sounds.

“It’s the big year-end party for country music,” they say. Everyone in the audience they cut to is drinking, so points for accuracy. They highlight the bar that is on set, mentioned in this article on HuffPo that was no doubt written by the most frazzled publicist in town. Not mentioned so far but written in that article is that “bro” is a secret word for doing shots. It is why everyone will say “bro” all night long.

Sara Evans presents the award for Male Vocalist of the Year. Oh my god, they literally count them down! It is a ranking! It is a sorority hazing! Luke Bryan is the winner, announced not by the opening of a tacky old envelope, but via Sara Evans flipping around a smartphone. This show is now instantly dated. I love it. It’s like a ’70s avocado kitchen or everything you wore circa 1999.

Bryan immediately performs. So if you paid any attention to who the performers are tonight at the opening of the show, you can probably suss out who the winners are. I did not pay attention and don’t really care to rewind. I don’t know this song, I think it’s called “Amish Rollercoaster.” He brings out Cole Swindell (a name that, as I noted in my recent CMA Awards recap, sounds more like some kind of crime from the Middle Ages). Swindell wears a very nice sports-y fan-boy baseball cap and looks like he probably does a lot of crunches.

Maddie & Tae and Scotty McCreedy, three people who are more famous than I am, give out Group/Duo of the Year. It goes to Florida Georgia Line. They do a whistle song and one of them is wearing camo cargo shorts and red sneakers. You know how poor Scott Stapp has gone crazy? I’m pretty sure it’s because these two burst forth from his skull like Athena from Zeus (if Athena and Zeus were garbage monsters) and nobody bothered to put his head back together.

“Here to rock our world live from the Twitter bar,” oh Jesus Christ, it’s called the Twitter bar, “With a Brooks & Dunn classic, Kix Brooks and Jerrod Niemann.” This recap is also brought to you by Google, because I cannot spell anyone’s name correctly on the first try. Wait, is Ronnie Dunn dead? *searches* Nope. Thanks again, Google!

Emily Kinney (from The Walking Dead) and Chase Rice (from your grocer’s freezer) present Female Vocalist of the Year. The winner is Miranda Lambert. I am pretty sure I like Miranda Lambert and will not make fun of her. She sings her song and gives an appropriately dismissive thank you.

The Breakthrough Artist of the Year Presented by Samsung GALAXY (Samsung GALAXY: Drink It™) is Kip Moore. Fun fact: Kip Moore means “nap longer” in British English. He’s wearing a white shirt (doesn’t look like a tuxedo shirt though) and undone black tie which is a pretty good costume! It tells a story. The story is he is a fancy man who went to a fancy party and now he’s home and unwinding. What was that party like? Were there other fancy people there? The only better costume would be an undone white tie with top hat and tails on a stool next to him.

Reba! Everyone loves Reba, me included. And Kix Brooks. I am opinion-less on Brooks. She is given the first ever “Nash Icon” award. Nash Icon, as we all know, was a long-running CBS series starring Don Johnson and Cheech Marin.

Star of Fox comedy Brooklyn Nine-Nine Melissa Fumero and Thomas Rhett count down Song of the Year. The Song of the Year, the only song ever, the best of 2014, is “Beat of the Music” by Brett Eldredge. He only sings, like, 90 seconds of it, which is fine with me. He thanks the songwriters and also The Bahamas. Not a joke!

Elf on the Shelf Hunter Hayes makes an appearance to announce Album of the Year. It is The Outsiders by Eric Church. To accept the award, Ponyboy and Sodapop come up and recite “Nothing Gold Can Stay,” but then the Socs crash the stage and Bob is knifecrimed to death. Don’t worry, though, everyone stays gold in the end.

To celebrate the 75th Anniversary of Gone With the Wind, Lady Antebellum appears to sing a song (presumably) about the grace and beauty and lost world of how people used to own slaves. (I will never ever ever ever let go of this band’s name. It’s trash and should make everyone with a soul cringe. The word “antebellum” has a very specific meaning in America, and it is not a meaning to be lauded. Lady Third Reich. Lady Apartheid. It’s okay to be German. It’s okay to be South African. It’s okay to be Southern! But maybe, just maybe, give two seconds of consideration as to which era of a region’s history you want to evoke (see: Prussian Blue). As repulsive as I find Florida Georgia Line, at least they did not name themselves The Plantation Boyz, you know?)

Anyway. Speaking of FLG Line, they are now dressed as “bad Santas” and make testicle jokes and bring Lady Antebellum BACK after the commercial break and man, just everyone should be ashamed of themselves. Pretty soon after Eric Church talks about how albums rock and $0.99 singles suck, Big Machine CEO Scott Brochetta is there to give Digital Single of the Year to Florida Georgia Line and Luke Bryan for “This is How We Roll.” Nice knowing you, Church.

Vince Vaughn‘s questionable hairline is the big contractually obligated celebrity of the night, and he appears to name Kenny Chesney‘s even more questionable hairline as a Ground-breaker. Hey, look, 20th Century Fox is distributing Vaughn’s upcoming film, Unfinished Business! This, my friends, is what is known as “synergy.”

Sports people. “NASCAR legend Jimmy Johnson” and MLB “Cy Young Winner and MVP Clayton Kershaw.” But I thought it was going to be three people because I misheard “and MVP” as “Andy McPete.” Haha, I like how stiff the baseball guy is. He is so cute and bad at this! Here, I made a Vine. The Artist of the Year, they tell us, is Jason Aldean.

Hank Williams Jr. closes out the show. They call him “Brosephus” but I typo his name as “Jank Williams, Jr.” which seems more fitting. He sings “Da Yah Wannaah Paaahtay?”, the old theme song to old Monday Night Football, a program that does NOT air on Fox. Boy, I really hope somebody got fired for that blunder. Thanks for reading, you sick masochists. See you next year. (Especially you, Kelly, call me!) 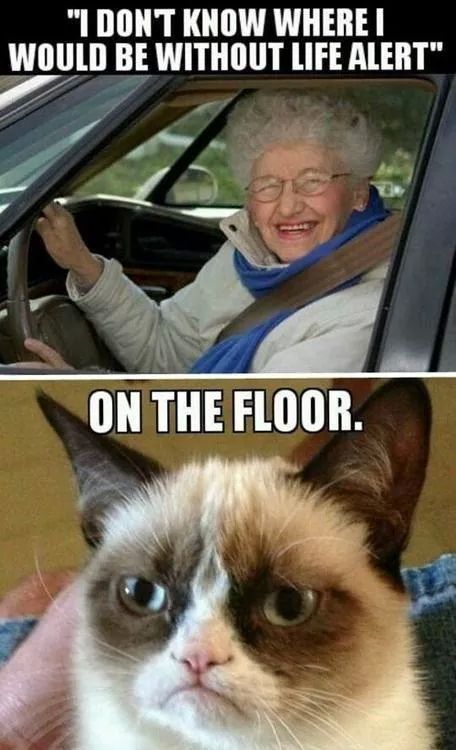